Re-live some of the greatest moments of past seasons and recall memories of the great and notable people of the game with a trip down memory lane with Stan Shillington. 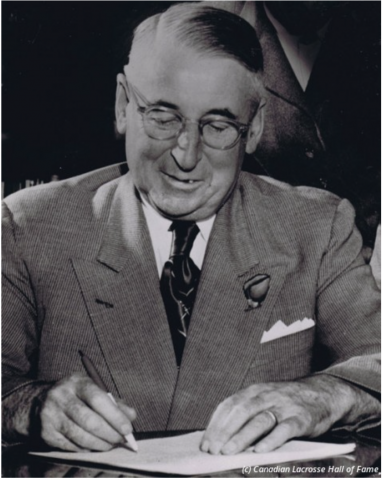 It was New Years Eve, Mardi Gras and Armistice Day all rolled into one.

Jubilant crowds snaked down the main thoroughfare of the city, a huge bonfire set in front of the main transportation station sparked high into the sky, bystanders cheered as participants. A riot? No way!

It was a party - the spontaneous outburst of New Westminster pride after the Salmonbellies crushed Orillia Terriers to capture the 1937 Mann Cup championship. And, in the midst of the celebration, stood Mayor Fred Hume who just happened to moonlight as the Salmonbellies' president.

Orillia had captured three successive national titles but had lost five top players to a Western raider named Hume. Still, the Terriers remained the powerhouse of the East, taking 18 of 24 league games, eight of ten playoff tilts, and then breezing through Montreal 10-7 and 27-6, Elmwood of Winnipeg 23-8 and Calgary 28-8.

The Terriers were ready - or were they?

Salmonbellies were 27 and seven in league and playoff competition but were still considered underdogs. True, the Fishmen had ex- Orillians Bill Wilson, Bill Wilkes, Ed Downey, Hank Munro, and Pet Anthony but homegrown hero Alfie Davy was sidelined with a broken leg.

The first game of the best-of-five series was a classic see-saw battle with the Royal City crew taking an 11-9 decision. Over 5,000 fans squeezed into Queens Park Arena began believing: Would this be the year?

Game Two went three days later in Vancouver's Forum but the Terriers uttered nary a growl, let alone a bite. Led by Wilson's five-goal output, the 'Bellies totally dominated Orillia 15-10. Terrier coach Frank Carroll was furious. "I think we've taken these Salmonbellies far too lightly," he told reporters. "I'll admit we were beaten by a better team on Monday (first game) but my team wouldn't snap out of it. They looked dead out there," adding, "you can't expect to win lacrosse games and ramble all night - that's just what these boys are doing."

Bellies' coach Grumpy Spring, on the other hand, said sheer determination and courage led his boys to the two victories. "Certainly, those were the two factors that has kept that guy Wilkes in the series," he said. "He must be suffering intense pain but he gamely keeps on trying."

Wilkes had sustained a torn tendon in his right ankle, but he was not the lone Fishman hobbled in the first two contests. Peter Meeham had a torn shoulder muscle, Bill Tyler's bad knee required a two-day stay in hospital, Jack Coulter had an injured knee and Harry Campbell physically collapsed after Game Two.

Back to Queens Park October 13 for Game Three. Every inch of the arena was packed while hundreds of fans, unable to get inside, milled around the park trying to capture some of the excitement spilling out of the building.

Coach Carroll had benched three players for "breaking training rules" but it was unlikely that they could have changed the final result. Salmonbellies jumped to a 6-2 first period lead, stretched it to 10-3 by half time and to 14-4 at the three-quarter mark. The hurting regulars were now given a well-deserved breather in favour of the second - string subs, one of who was local policeman Red Fraser who was the only leftover player from the1927 field lacrosse Mann Cup victors. When Red rushed off the bench and registered his lone goal of the series, the fans rewarded him with a prolonged, deafening ovation. New Westminster coasted to a 19-12 triumph and the city's first box lacrosse Canadian title.

"We have no alibis," reflected coach Carroll. "We were outplayed by the greatest team in Canada. They are real champions, a team to be proud of. We are not ashamed to be beaten by a team with fighting spirit, determination, and confidence shown by the Salmonbellies."

Carroll, with a smile, then added: "I was especially proud to have my boys - Anthony, Wilson, Wilkes, and Downey - out there, helping to pound my lads into the floor. They played better than they ever played for me."

In true politician- style, Fred Hume deflected criticism for his raiding tactics: "Sure we imported most of our lacrosse team. And we built up one of the greatest soccer outfits this country ever saw, too. But look what we have to show for it - four Dominion soccer championships and the Mann Cup. (It's) an example for the youngsters that will Send them out battling to do likewise so that, some day before long, we won't have to do any importing to win cups."

Now it was party time.

The joyous fans formed a gigantic conga line that streamed out of Queens Park, down Columbia Street to the B.C.E.R. interurban station where they piled up old cardboard boxes in the middle of the road, soaked them with kerosene an set them ablaze. The contents of a passing wood truck were then confiscated to fuel the bonfire.

Someone called the fire department but, when the engines arrived, one of the fire trucks was manned by goalie Anthony wearing the chief's helmet and broadcaster Leo Nicholson sporting the captain's headgear while working the siren.

The players were hoisted up upon the revelers' shoulders. Hank Munro reached up and pulled down a three-foot, key-shaped sign from in front f Oscar Swanson's store, proclaiming he held the key to the city. Swanson, a die-hard lacrosse nut, happily yelled: "Take the store if you want it, too."

When the merrymakers finally filtered off home at sun-up and the patient firemen made certain that all the sparks had been doused, the only damage visible was a 10-square-foot patch of pavement softened by the bonfire. The city would have to repair it.

No problem! After all, the president of the Mann Cup champions was Mayor Fred Hume. 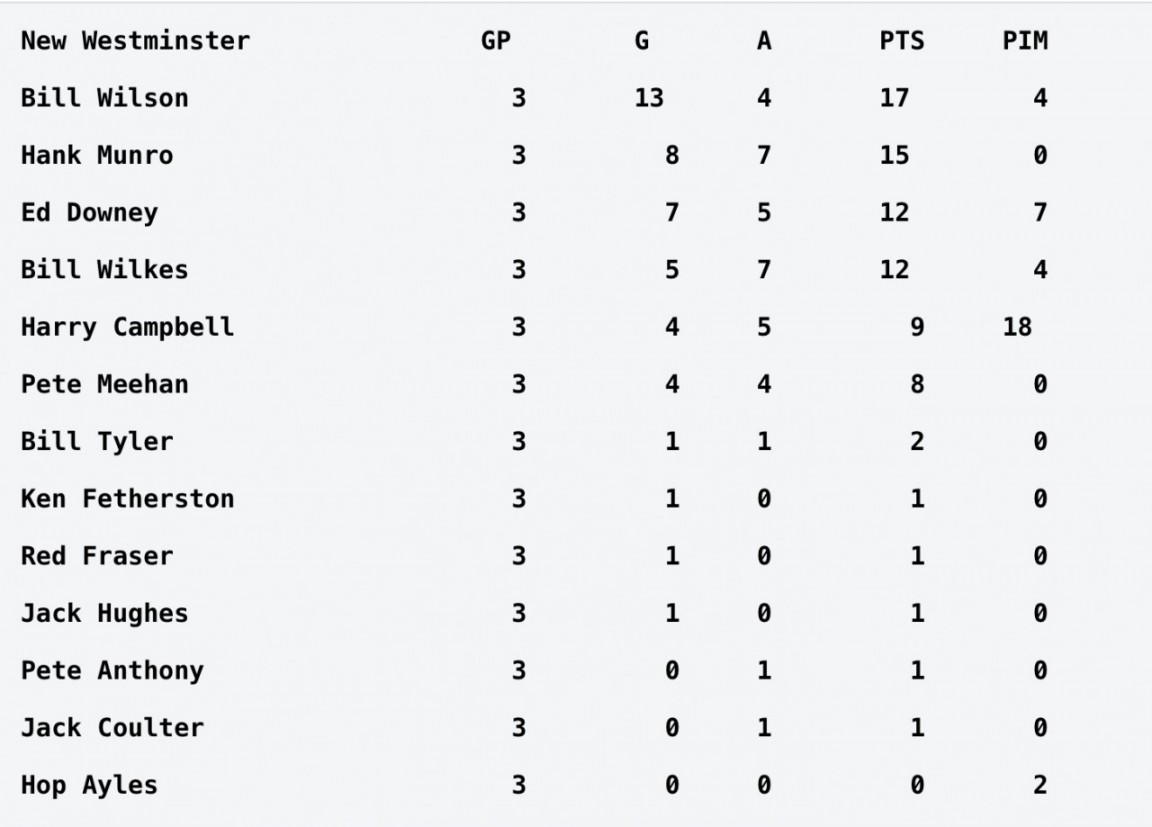 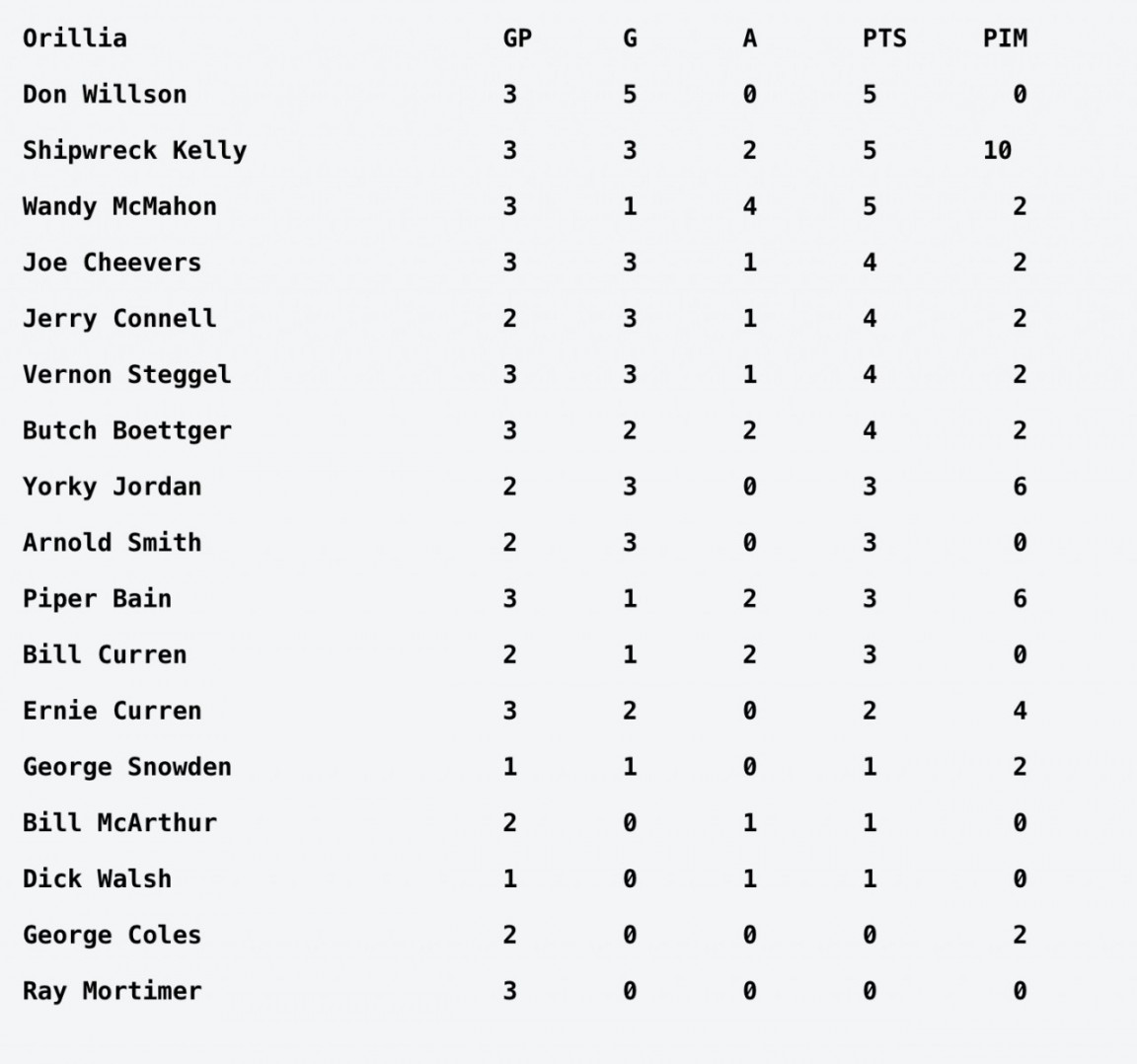 More posts from author
Monday, 16 November 2020 Ab Brown - A Man of All Seasons including Christmas!