The first Six Legend interviews created for the Video Lacrosse Library and Lacrosse Talks are available for viewing and listening. The Canadian Lacrosse Foundation’s Video Lacrosse Library and Lacrosse Talks project features video and podcast interviews of some of Canada’s most dynamic lacrosse builders, coaches and players. The purpose of the project is to capture the personal stories of those that have shaped the game over the last 80 years.

Alf Jacques grew up in the world of lacrosse and learned the art of making lacrosse sticks from his father and fellow Ontario Lacrosse Hall of Fame inductee Louis Jacques. He played junior, senior and professional lacrosse in the 1960s and 197Os. Then he went on to coach and manage the Onondaga Red Hawks from 2002 to 2010. Some of his accomplishments as a coach includes coaching the Red Hawks to the league championships and represented the league at the Presidents Cup in 2005, 2006 and 2010. The team won the 2010 Presidents Cup. Jacques is also an educator about the time-honored Native traditional art form of Lacrosse Stick Making, which connects the player to the environment. He continues his father’s legacy by creating one of a kind wooden sticks as well as recreations of the wooden sticks his ancestors used in the 15th century. 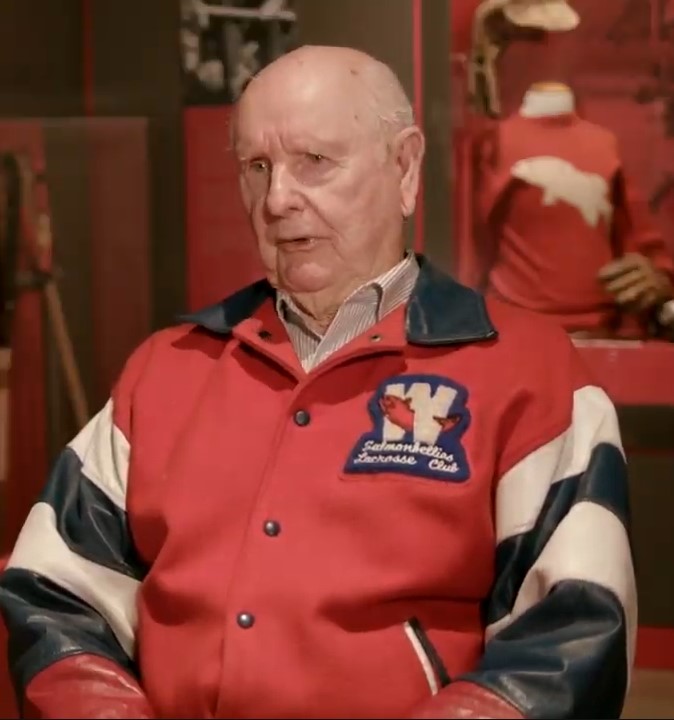 Jack Fulton got involved in lacrosse in 1955. For 11 years he served as team manager then as general manager for the New Westminster Salmonbellies. He served the CLA for eight years and was president for two years. Fulton and Harry McKnight founded the Canadian Lacrosse Hall of Fame (CLHOF) in 1963. He was a member of the CLHOF’s board of governors and served as chair for seven years until his retirement in 1981. He coached minor lacrosse and was the general manager of the Canadian Field Lacrosse Team that traveled to Australia in 1974. In 1978 Fulton was presented with the Lester B. Pearson Award, that is presented by the CLA for outstanding contribution to lacrosse at a national level 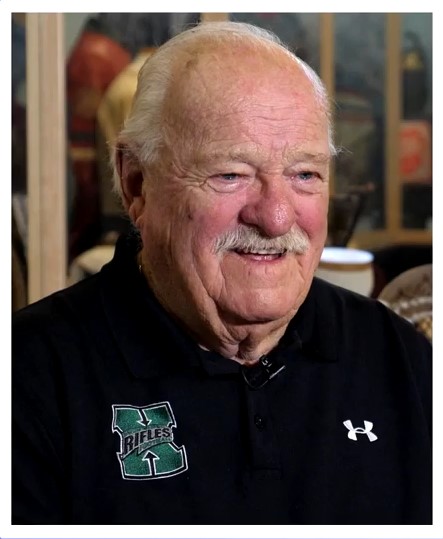 George “Jeep” Woolley started playing lacrosse with the Deer Lodge Hornets under the direction of Tom O’Brien.  After capturing numerous minor league titles, Jeep went on to play Junior for the Winnipeg Wellingtons.

Based upon his playing with the Wellingtons, Jeep was selected to play for Manitoba All Stars against the B.C. All Stars for the Western Canadian championship. After winning the opener by a 12 to 8 score, the Manitobans dropped a close 8 to 9 decision in game two. Manitoba rallied to defeat B.C. 10 to 9 in the hard-fought third and deciding game.

The team made history, carrying Manitoba’s colours into the Dominion lacrosse final for the first time where the All-Stars met the Eastern representative, the Mimico Mountaineers, for the Minto Cup.

Jeep went on to play Senior in the heydays of senior lacrosse in Winnipeg. He was a steady team player who was able to chip a goal or two when needed. Jeep tangled with some of the best lacrosse players Winnipeg produced in the 1940s and 1950s 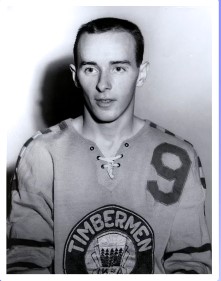 Bobby Allan was in a class by himself, the finest lacrosse player in Canada during his peak. His consummate skill, agility and adroitness in faking a move made him one-of-a-kind. His backhand shot was a prototype move.

Allan won three scoring titles, three league MVP awards, and the Mike Kelly Award in 1964 as the most valuable player in the Mann Cup. His record of 89 goals in 29 games in 1956, in British Columbia, still stands. He played on four Mann Cup championship teams and another four Mann Cup finalists.. He has been involved in lacrosse since 1926 at the age of eight. His roles in the game have ranged from being a goaltender for Brampton in Minor Field to Senior Box, a referee for over 20 years and a longtime Director of the Brampton Excelsior Lacrosse Club. Potsy was instrumental in starting Lakeshore Lacrosse League, made an honorary member of Brampton Old Timers Association and was inducted to the Brampton Sports Hall of Fame as a Veteran in 2010.

He is a treasure, having played in the last few years of the original field lacrosse leagues that dated back to the 1800s, and then making the transition to the newly invented box lacrosse game in 1932. Potsy has witnessed our current era of both box lacrosse and field lacrosse sharing our interest as a nation in participation in the game. Harry, born in 1936, started playing lacrosse in Manitoba at the Kelvin Community Club at age twelve after buying an old beat up wooden lacrosse stick from the neighbour across the lane.

He fell in love with the game and spent countless hours practising to throw and catch at the club or at a nearby parking lot. He was picked up by a senior league team in 1955, and from 1955 - 1957 played in the Minto Cup play-downs for Manitoba. The 1955 team advanced to play in the Championship series against Long Branch.

After returning from attending university, he helped reform the senior league and organize minor lacrosse in Manitoba. He continued to play lacrosse and was selected to several local all star teams in the late 1950s, 1960s and 1970s, before retiring in 1977. He is one of the founders of, and is still involved with, the Manitoba Lacrosse Hall of Fame. He is inducted in that Hall as well as the Canadian Lacrosse Hall of Fame.

These two videos are available now. Over the next 20 weeks, two Legends of Lacrosse videos will be released every two weeks.

Listen to all the audio podcast stories here: https://www.spreaker.com/show/lacrosse-legends

(The Podcast show and all episodes will also be made available on ITunes, Google Play, IHeart Radio and Spotify as soon as the episodes start getting released).

Here is the completelist of links to the various Podcast platforms where the episodes will be available: